A Parody of a Nursery Rhyme 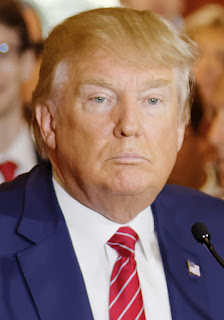 I went to the animal fair,

The birds and the Beast were there,

The big buffoon by the light of the moon

Was combing his windswept hair.

You ought to have seen the Trump,

He sat on the Elephant's rump,

The Elephant sneezed and fell on his knees,

Email ThisBlogThis!Share to TwitterShare to FacebookShare to Pinterest
Labels: pome

Unbroken Brain: A Revolutionary New Way of Understanding Addiction by Maia Szalavitz
My rating: 5 of 5 stars

I read this book because many close relatives have been addicted to one substance or another. For myself, it’s sugar, and that’s been bad enough. My addicted relatives have suffered and lost much more than I. Now that our grandchildren are growing up, I want to learn as much as I can about addiction from a scientific perspective.

In 1985, I had an experience that convinced me that I know something about how people get hooked. That year, I got salmonella. I didn’t feel very sick at first, but after several weeks, my husband grew worried. I was losing weight and not eating. The mere sight of food was nauseating. He dragged me to the doctor. The doctor immediately put me in the hospital, where I was diagnosed with food poisoning. For a few days, I lived on jello. That was fine with me, because the mere thought of food was still disgusting. Then the doctor said, “They’re going to bring you breakfast tomorrow. You don’t have to eat it.”

The next morning, they left me with a cold, greasy-looking cheese omelet. I took just one bite and I can only say that my brain lit up like a Christmas tree. Pure pleasure! For the next year, I tried to recapture the “high”—if that’s what it was-- from that blissful first bite by eating lots and lots of cheese omelets, but that special moment never happened again.

Szalavitz’s book sets out to provide a “new way of understanding addiction.” It lives up to its promise. She sketches the history of addiction theory and treatment in America. For years we Americans could not make up our minds whether addiction is an illness or a moral failure or a bit of both. Svalavitz presents the case that it’s neither, but rather, a learning disorder. She challenges many of our cultural myths, including that of the “addictive personality” and the idea that you can be hooked with just one “hit.” There was so much in this remarkable book—autobiography, history, psychology, neuroscience—that I really welcomed her final chapter, “Neurodiversity and the Future of Addiciton, in which she not only summarizes the book but provides new ideas for coping with addiction.

I hope the following list of subheadings in her final chapter will make you want to read this book:

• Drug exposure doesn’t cause addiction.
• Set and setting matter—and can be more effectively controlled through regulation, not prohibition.
• People can learn, even while addicted.
• Punishment cannot solve a problem defined by its resistance to punishment.
• Treatment must be reformed to be respectful.
• Primary prevention should focus on coping, not drugs.
• Harm reduction is the most important goal of drug policy.
• Celebrating diversity—including “neurodiversity”—is critical to reform.

View all my reviews