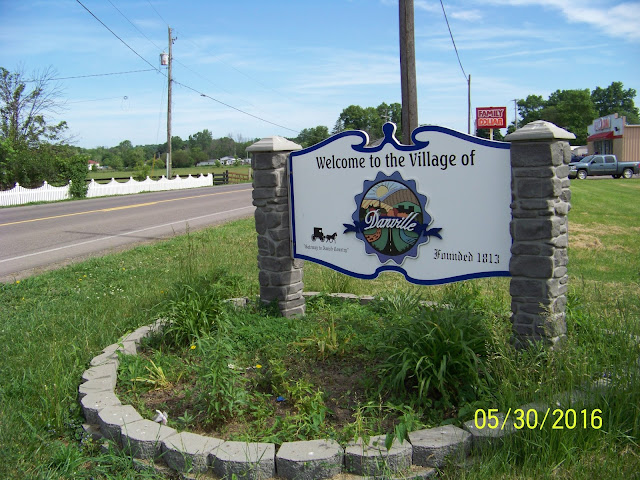 We were at our cabin in Knox County, Ohio, the week of Memorial Day,
so we went to the parade and ceremony in nearby Danville. 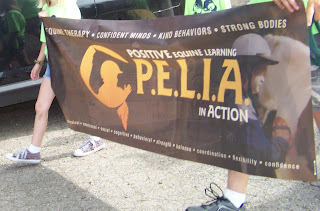 Actually, we arrived too late to see most of the parade, but at least I got some pictures of the part of the parade I wanted to see most--the riding club for special needs kids.
PELIA stand for "Positive Equine Learning in Action".
I love it that the horses wore red, white and blue ribbons on their tails.
After parading down Main Street, they passed a bank  and a large pasture before turning right to go into a farm at the edge of town.  All the cows that had been calmly grazing near the bank building turned and dashed like crazy things across the field as if to greet the horses. 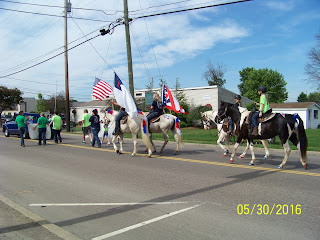 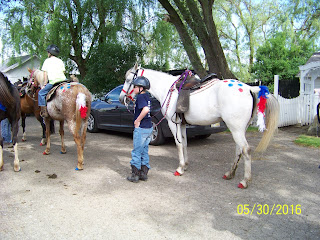 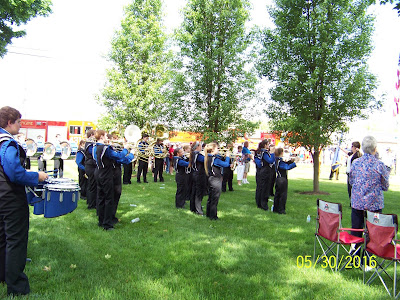 After the parade, a brief ceremony honored the sons and daughters of Danville who had died defending their country. The high school band played "America the Beautiful." 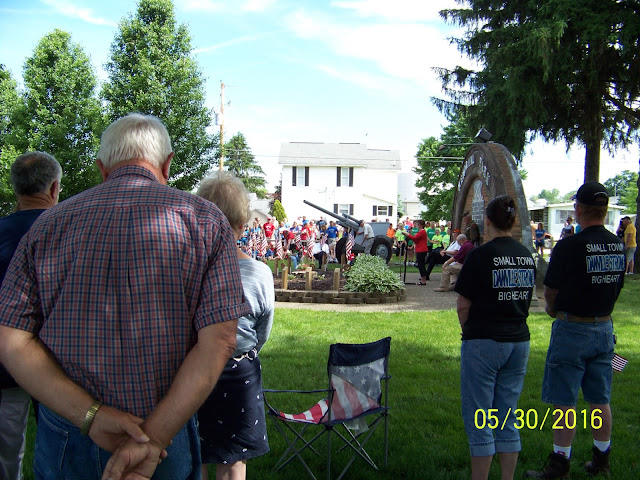 Then a speaker talked about a recently fallen soldier.  Her voice broke. She had the mother come forward and she hugged her.  The words on the T-shirts on the couple in the photo captured the spirit of the day: "Danville: Small Town, Big Heart."

Honk If You Love Geeses 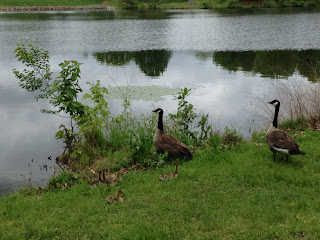 The flotilla of geese gliding on the mirror lake
Blurt out the name of the town:

The iris purples the water's edge,
Ignoring their nasty noise.

A red-winged blackbird
Longs to perch on cattail or cornstalk
In the sea of suburban green,
And finding none, he grumps:

Email ThisBlogThis!Share to TwitterShare to FacebookShare to Pinterest
Labels: Virginia 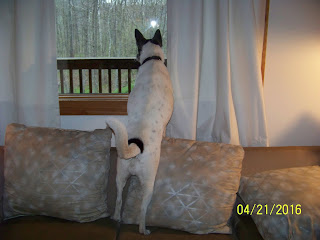 Honeysuckle June:
An Amish dog's Rumspringa.
Dody is so strict.

Always on a leash,
No suitors, no puppies, no
Whoopie Pie for her.
Posted by Forsythia at 3:58 PM No comments: