I Know Why the Caged Bird Grumps 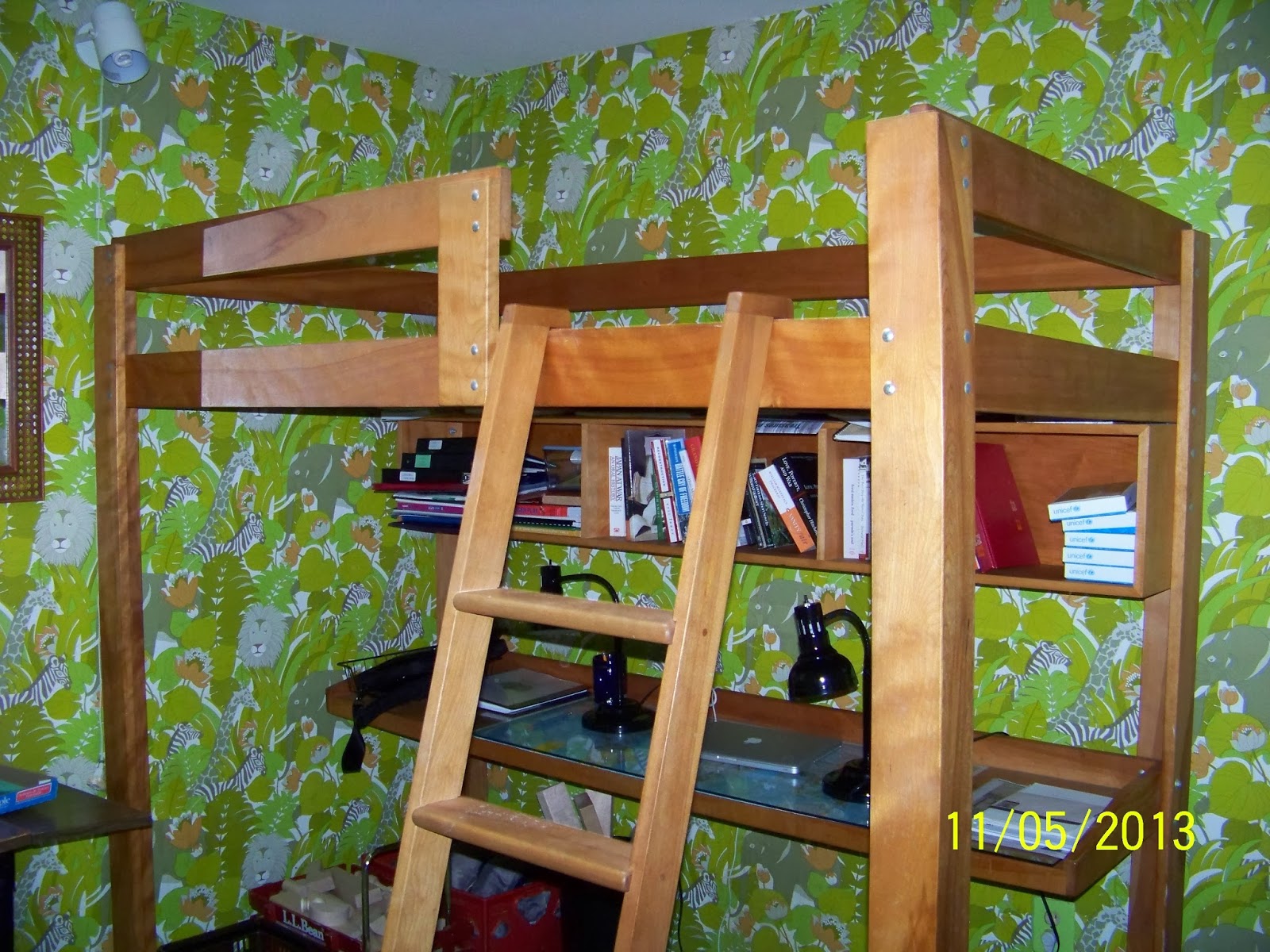 When our younger daughter was in her teens, we redecorated her room. She had the smaller of the two girls' bedrooms, so we got her a loft bed with a built-in desk and bookcase. She chose the jungle wallpaper and her dad put it up. He even wall-papered her little closet so meticulously that we're keeping it that way, even though the bedroom wallpaper was removed yesterday.

The loftbed has been removed as well. First, we tried giving it away. When there were no takers, we hired a "green" junkman to remove it. He planned to take the bed to a thrift-shop furniture outlet rather than trucking it off to the landfill. We might have kept it forever except that I always forgot about the loft when I sat down at the desk. After banging my head countless times, I knew the bed had to go while I still had sense enough to get rid of it. 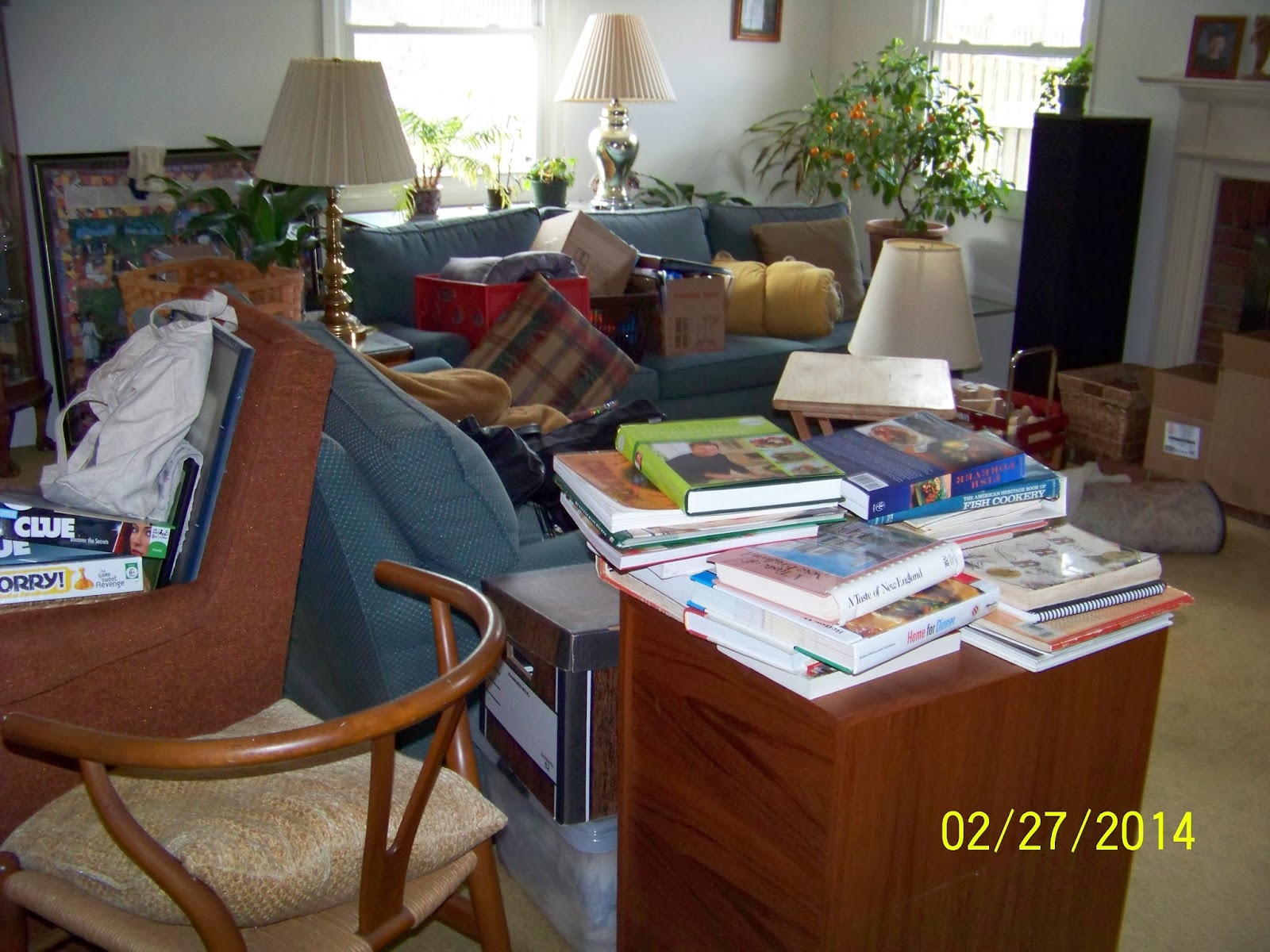 We decided to have both the bedroom and the family room painted at the same time. It's taking three days. They will finish tomorrow. I can't wait! Over a week ago, we started moving the contents of these two rooms to the living room. Two rooms can hold an unbelievable amount of stuff. Our living room looks like it belongs to a hoarder. We can't find anything. We're getting grumpy. Very grumpy.